After seeing a recent post of mine on Instagram about data, friendly follower (and fellow Miata owner) @bavedirch messaged me and offered to send me some of HIS track data (as recorded with an AIM Solo 2) to compare and contrast with mine.

So let’s deep-dive into the results of the comparison.

First off, here’s an animated GIF, that you can use to get a feeling for how our relative speeds go on every single section of the map. They’re annoying to make, but I think it’s super handy.

(Again, I’m continuing to experiment with format and conveyance of data.)

Click any image to view it in full resolution. 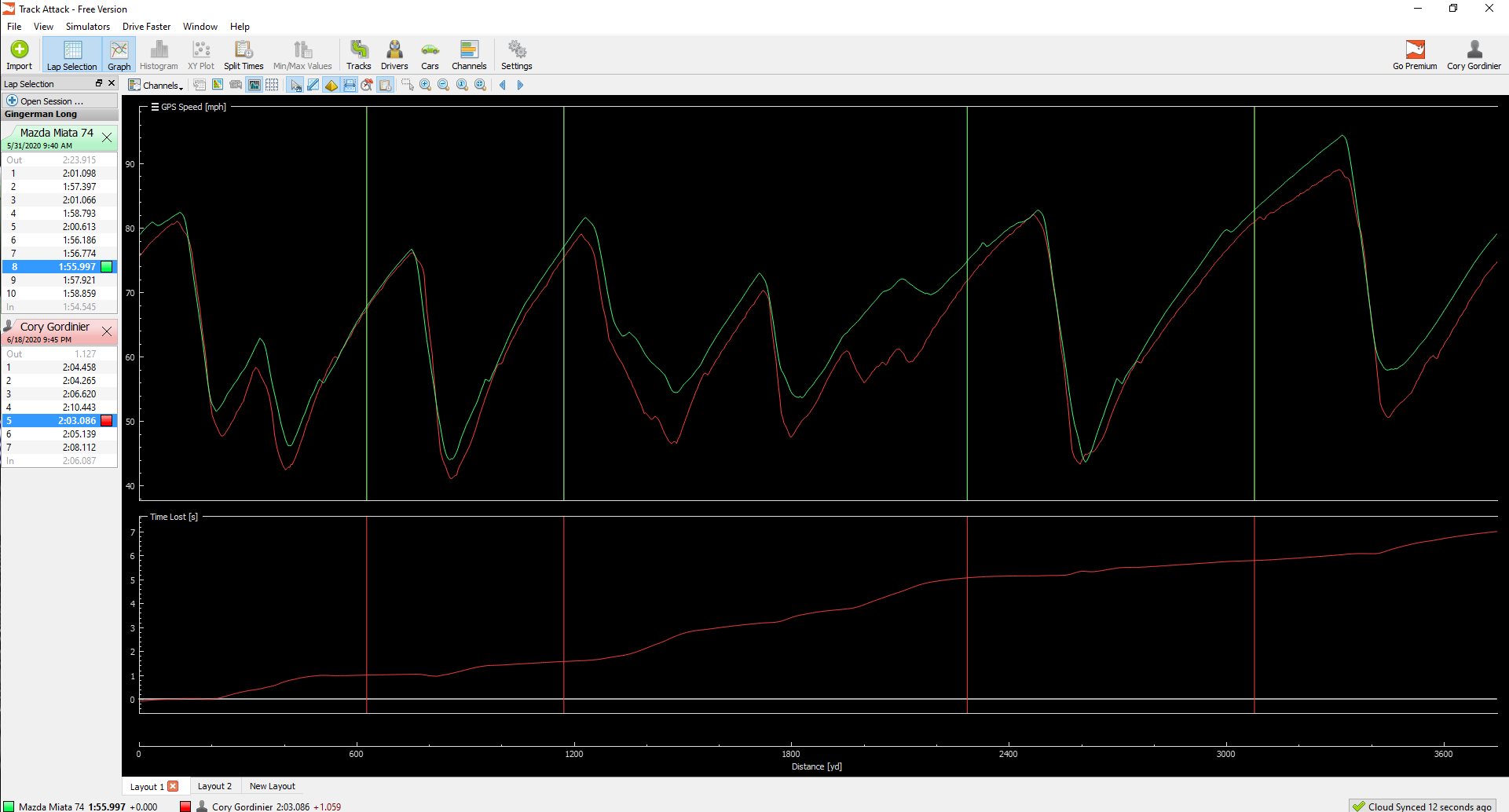 As a general trend, I brake more (deeper valleys), and as a result cannot accellerate as much (I have to get back up to the speed he’s already at, which takes both time and space).

Really, he never goes significantly faster than me (taller peaks), except for the long back straight just before the end.

That one is actually very interesting, as he and I slow down just about as much into 10B, and accellerate out just about as much. So either he isn’t pushing that tire as much as he could, or I’m pushing mine very, very hard. Either way, because of the differences in engine (that extra 0.2L of displacement), he still manages to accelerate to a higher overall speed than I do in the approximate same amount of time and space.

Overall, you really could take my red line, move it up just a hair (overall carry a constant higher speed), and it’d darn near overlap with his; the only real discrepancy is in the esses (specifically 8 and 9), which he can take with way more ease and smooth speed due to stickier tires. 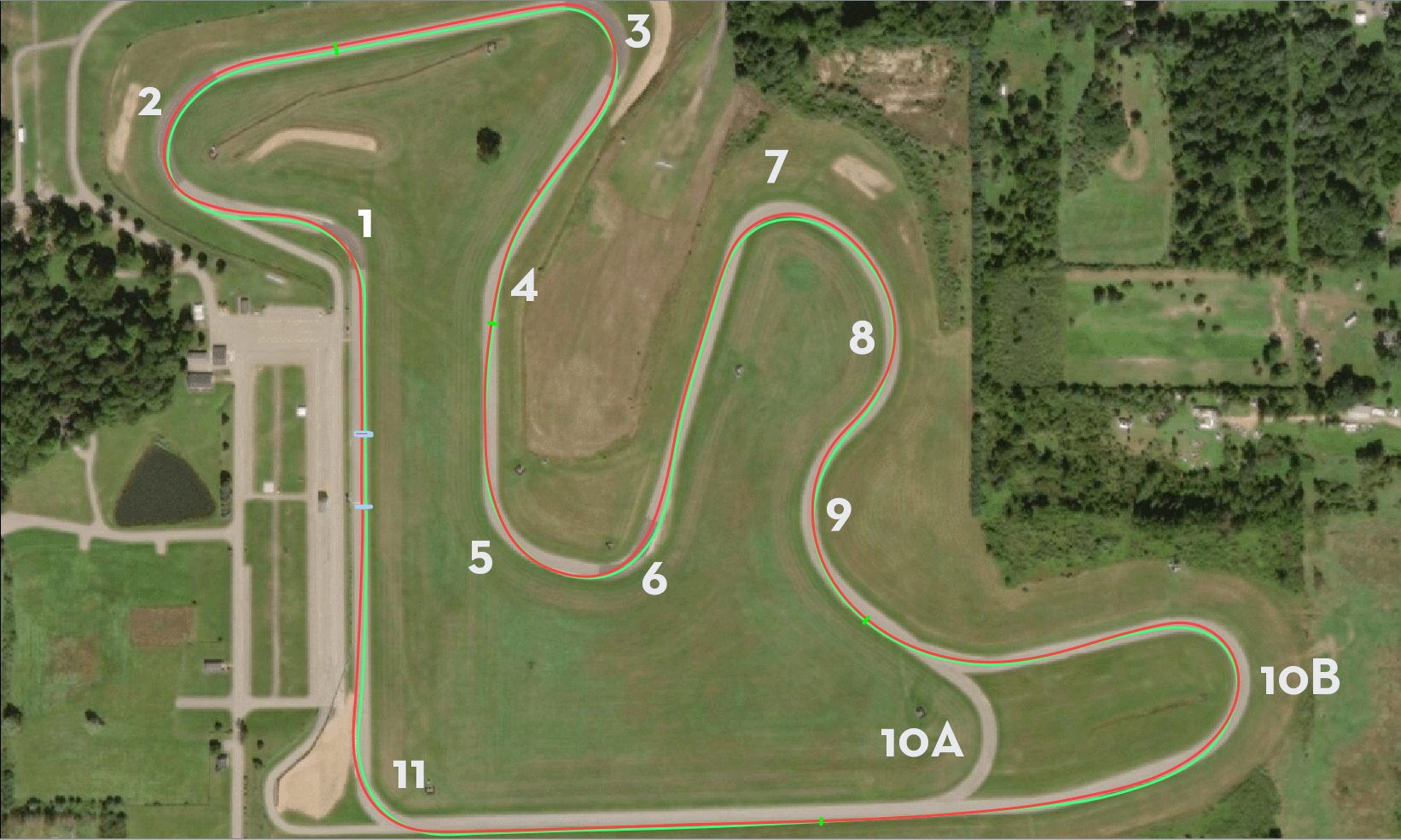 In general, the overlap is actually really, really impressive. By and large, we follow identical lines with a couple minor inconsistencies (he and I take 2 completely differently).

A lot of the changes can be explained by the simple fact that he has way more grip – I’m fighting my car a lot more than he is, and as such, in turns like 6, I end up braking harder and turning in earlier, where he can slide through a lot easier than I can.

Again, turn 10B is interesting because go through just a hair wider than he does (again, grip!), but overall the result is so similar it’s barely noticeable.

Finally, 11 is a great example of how he can just turn in faster and tighter than I can.

So what does this all mean?

Grip, grip, grip. By far and away the most time lost is between 4 and 9, the momentum part of the track, NOT the speed part of the track. Again, if you know your derivatives, the rate of change of that section of the MPH v Distance graph has the most rapid rate-of-change.

As the GIF shows, we take 2-3 almost completely identically, and as a result there’s next to no loss of time (that section of the graph has a horizontal rate-of-change).

Long story short: I’m excited to try out some Hoosier SM7’s and compare THAT data to this.