I’m a very analytical person. I like concrete, indisputable facts over feeling - that may be why I’m not a very good artist or cook. A “pinch of salt” and a “dash of pepper” just isn’t specific enough for my taste (some pun intended).

As such, the idea of “you should just brake later, harder” isn’t well-defined enough for my liking. Nor is “you should be more left (or outside) on that turn”.

Unfortunately, the built-in GPS on…pretty much any smartphone pings the satelites at a rate of about once a second (1hz), and is resultingly not very accurate - a problem when running programs like Harry’s Lap Timer, which will give you off readings on speeds, position on the track, and overall lap time.

Some people buy AIM Solos to get more accurate lap time, as well as live instruction on how they did on the most recent corner, using that to push themselves (or not push as hard) on subsequent laps.

I chose to invest (as previously mentioned) in a Dual SkyPro 10Hz GPS that can be used by Harry’s Lap Timer as an alternate sensor over the built-in one on the phone. This is pretty accurate, all things considered.

Let’s take a bit of a look at what was collected at Waterford Hills earlier this spring, inside Track Attack: 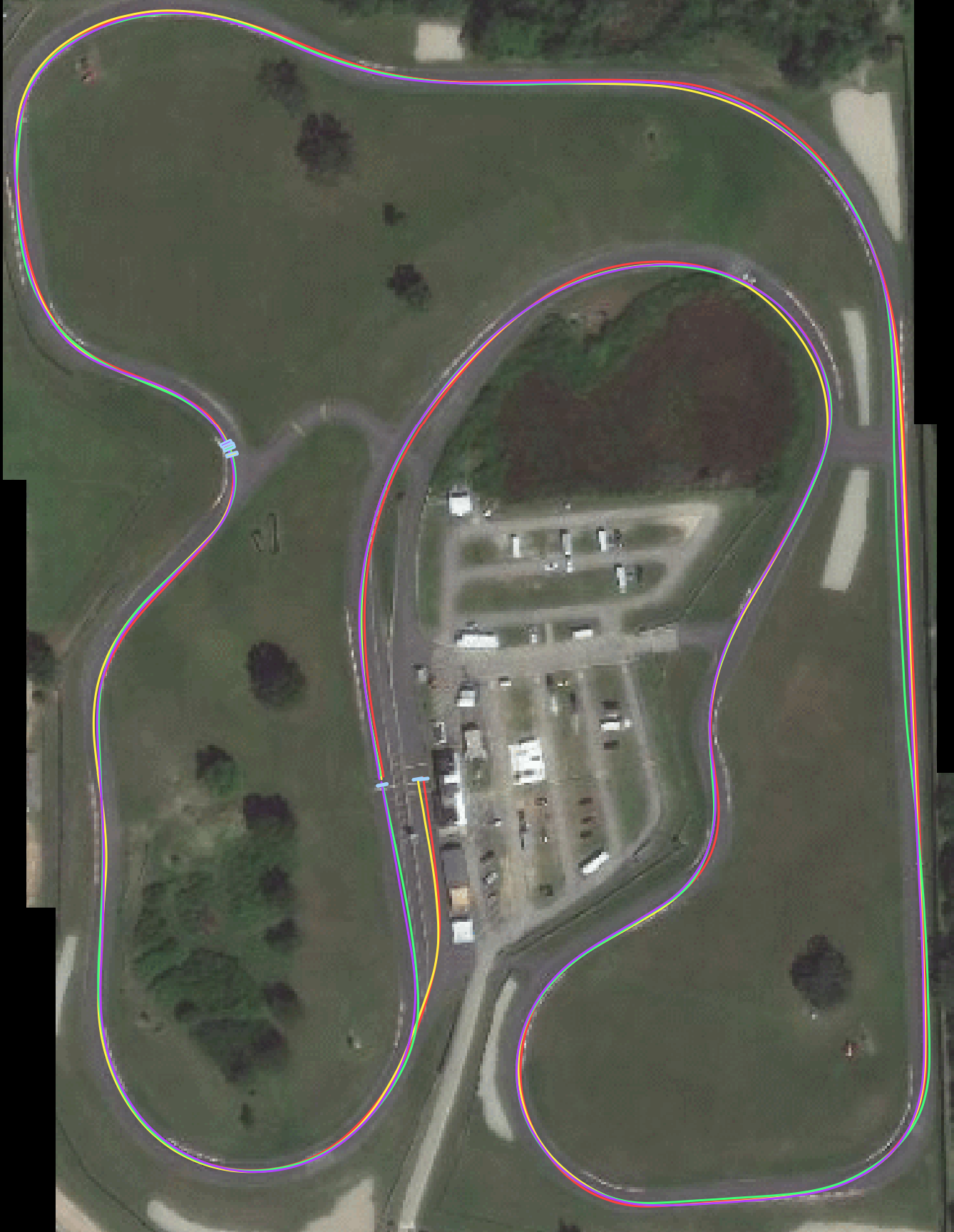 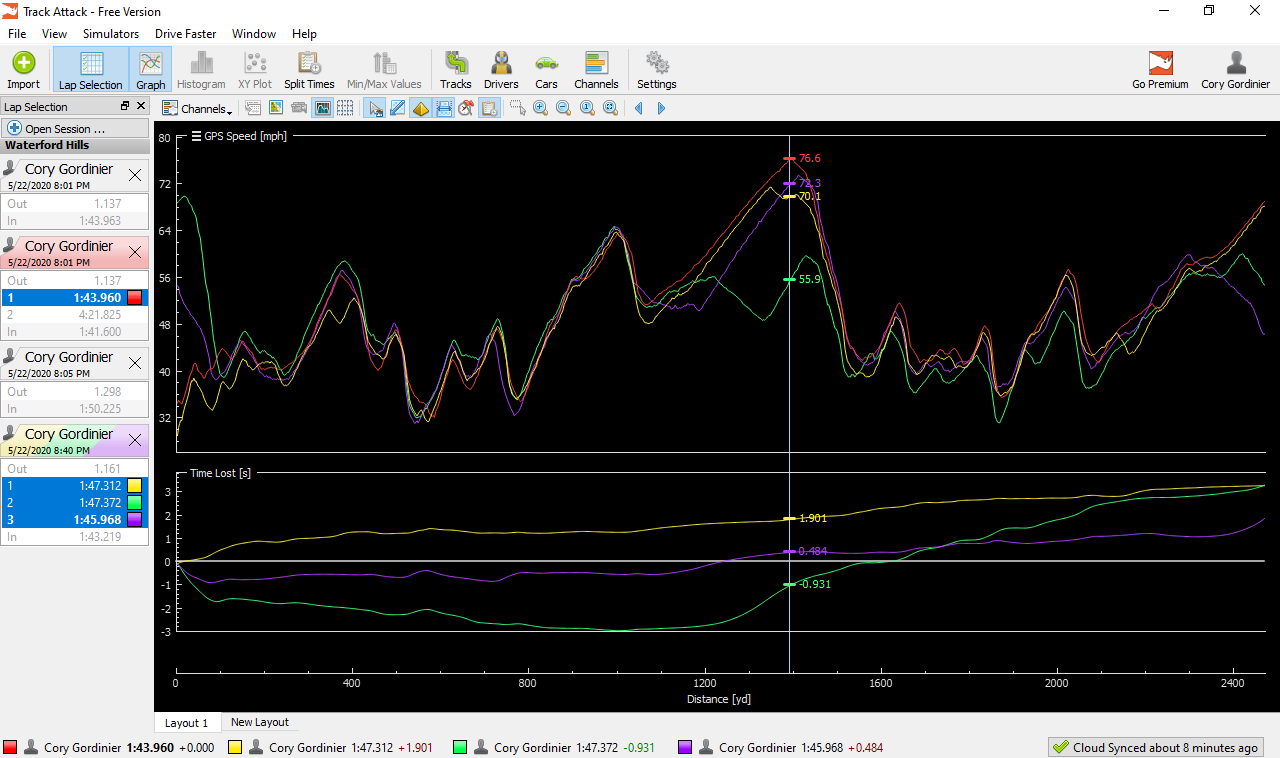 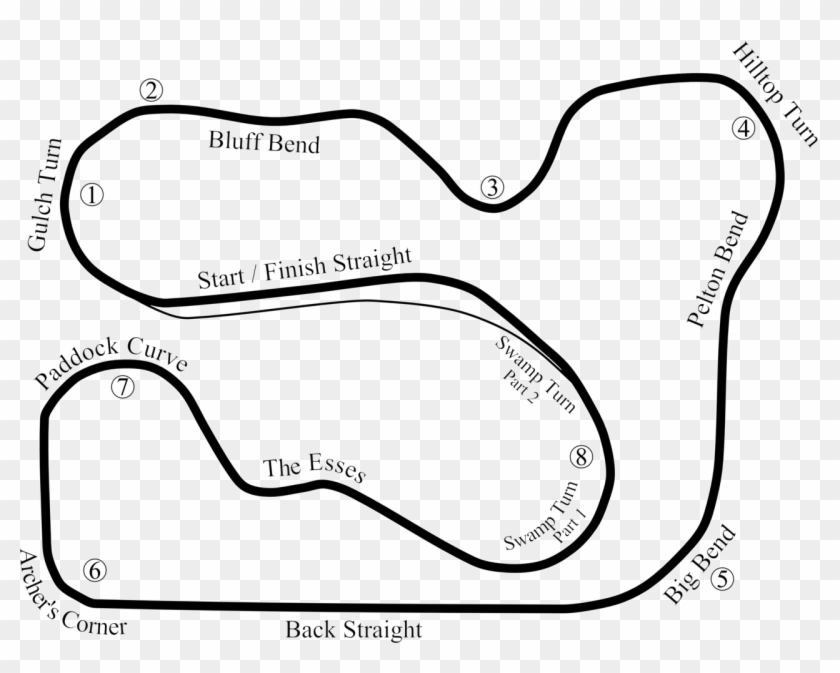 We’ll start with the map. The lines overlap amazingly close. There’s a little variance at point of apexing, and a couple of sections where there’s some experimentation.

From the top of the Hill all the way through the Esses and into Swamp (use the official map for reference), the lines overlap incredibly well; variance can be explained by having to give point-bys on the back straight. Swamp Turn onto Pit Straight is also, all things considered, just off by a little bit of variance on when the apex is taken.

That’s detailed even more in the raw data – the red line in these examples is my absolute best this day, and you can see that the variance is really found in acceleration and braking; the curves otherwise overlap very nicely in a LOT of places, which means consistency.

Compare and contrast to Mid-Ohio, again inside Track Attack: 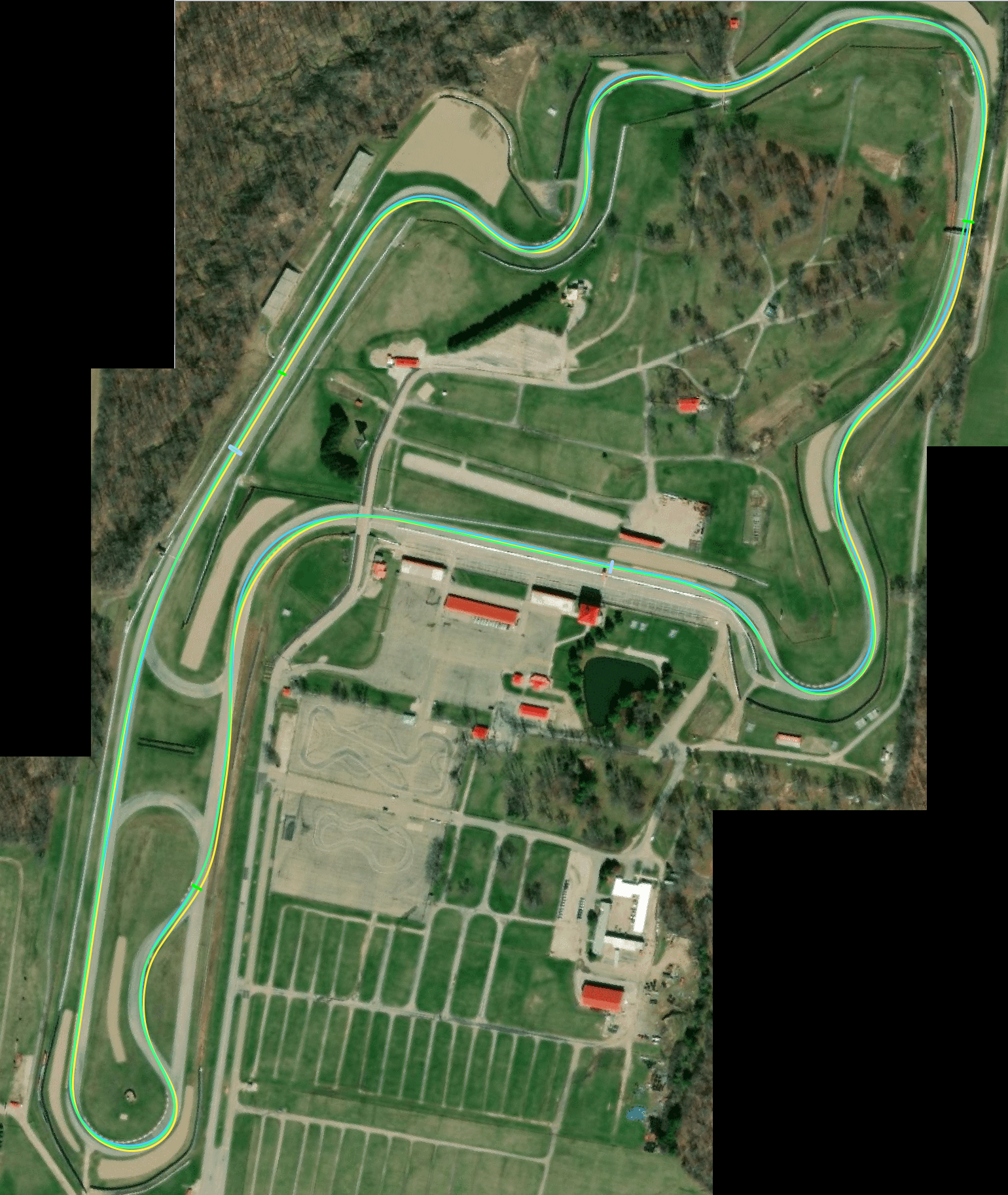 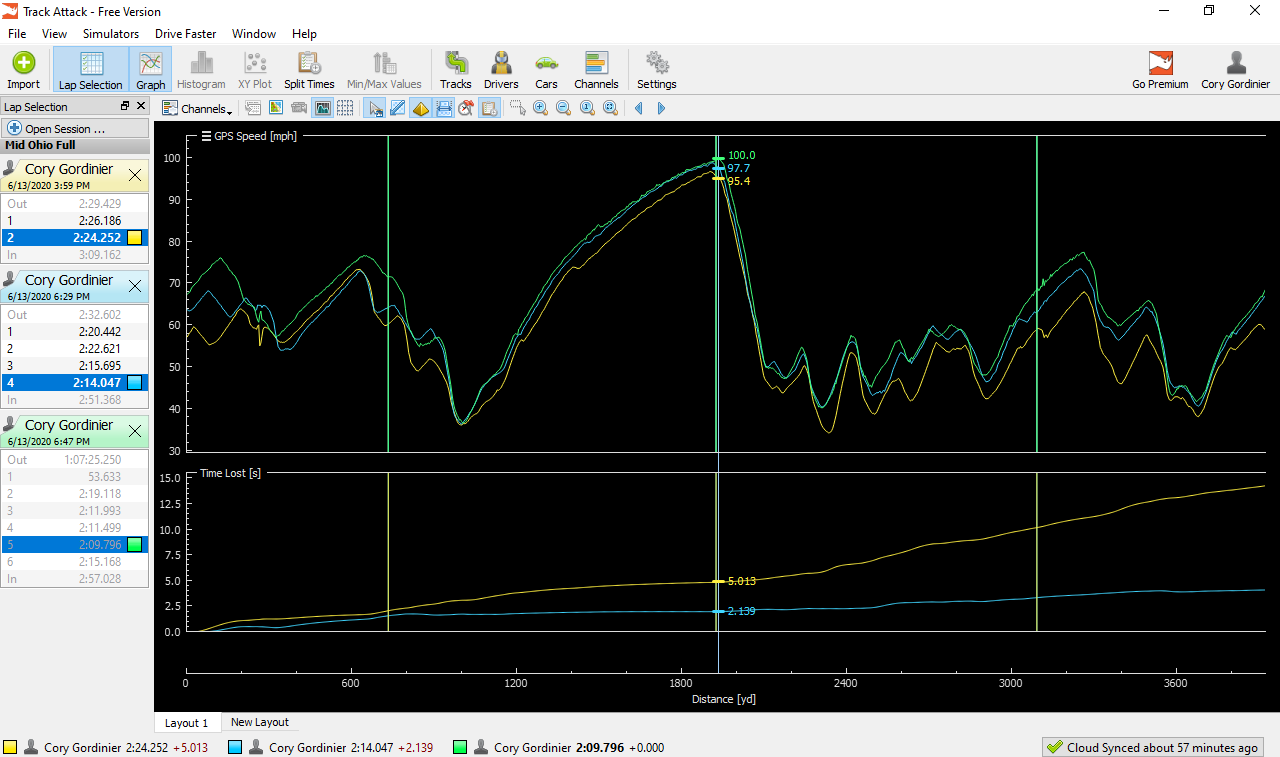 Significantly less overlap. I don’t know this track as well (or at all), and there’s experimentation to just find a good line at all – and this is only using the good sessions of the day, as opposed to where I was just fighting for grip in the wet that morning.

Onto the data: Smoother is better, and that’s just a general rule of racing: smooth is fast. That applies to the curves - in the yellow line, you can see me breathing on the throttle a lot more (instead of going wide-open); the blue and green lines actually, again, overlap surprisngly well.

In fact, you can tell at a glance that the first third of the track is where I improved a line a lot, through the Chicane between 1 and 2 and into the Keyhole (use the official map for reference), whereas I was actually very consistent braking in the Keyhole and accelerating out onto the back straight.

I decidedly do not know this track, and pretty much every corner could be taken with a better line, let alone braking and tracking out via when and how hard I hit the loud pedal.

Therein lies the fun, and the challenge, and the real secret to getting faster.

…Or I could just buy a faster car.

In my opinion, that’s just cheating.