Time for some data analysis of “the lap that finally broke 2:00”. 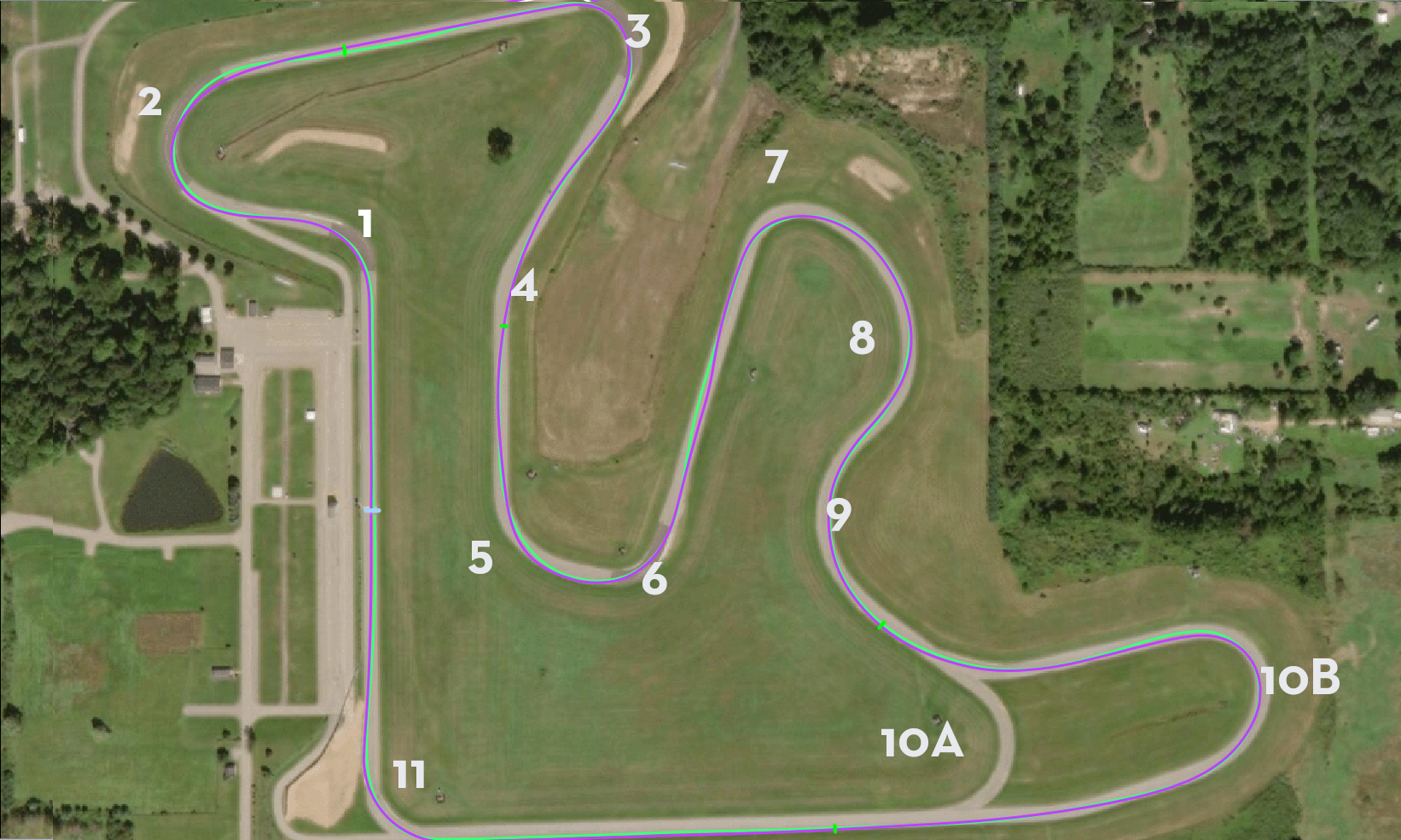 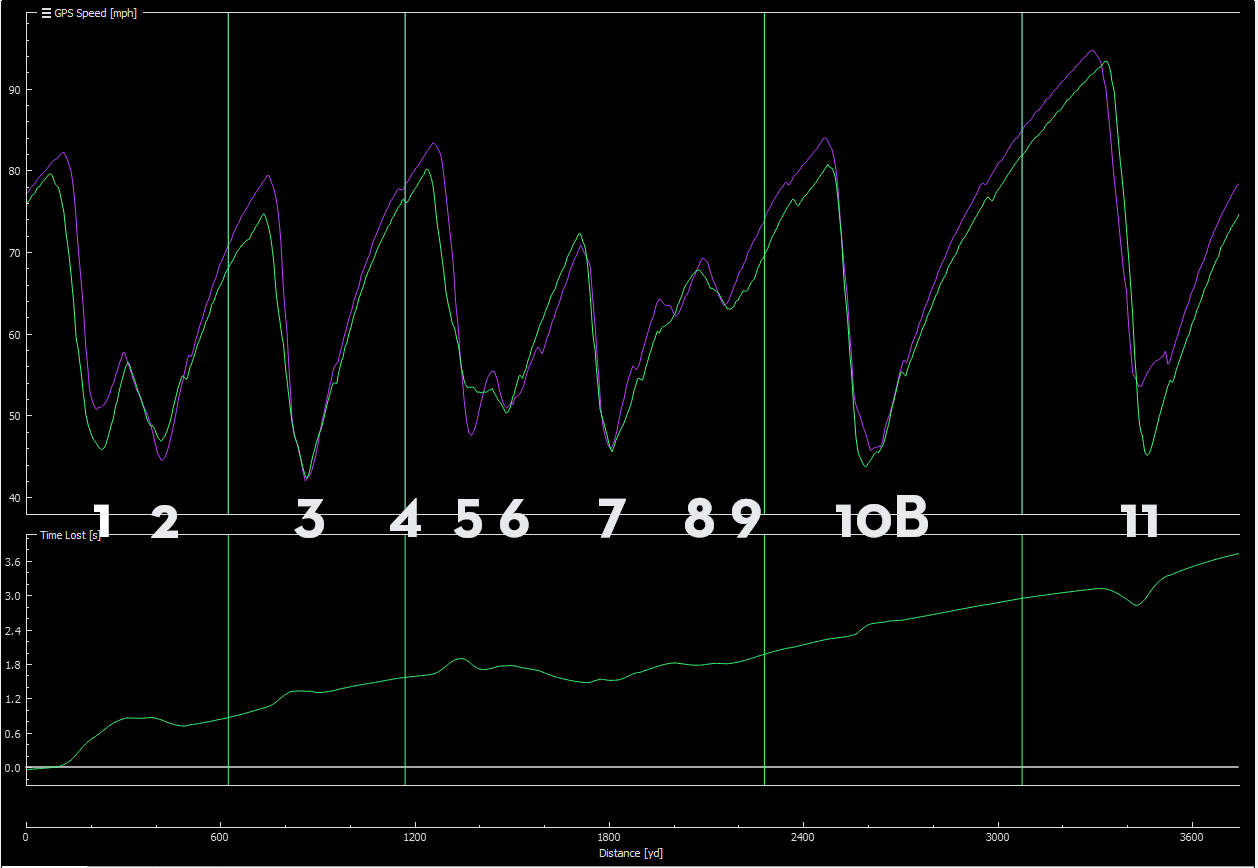 All sessions were done on Hoosier SM7’s (40TW).

Right off the get-go, we have some interesting data - between 2 to 3, and from the exit of 3 all the way to the entrance of 5, on my fastest lap, I brake just as hard, or harder, at approximately the exact same times, but I just…go faster. Same with 7 up to 10B.

Current running theory is that it was freaking cold in late November, as opposed to a fairly warm mid-September day.

Engines love properly cold air, and it gets translated to more horsepower IF you are tuned right for it - running the right octane gas, and the engine is able to adjust. This is exactly the theory behind cold-air intakes, which work best when paired with a car tune.

And really, that’s all she wrote. My racing line (see map) did have a few differences, but nothing too major. My time difference, though, almost always had a positive slope, and it gained me 3 to 4 seconds.

Worth noting - the Hoosiers were actually more fresh and more grippy in September, before putting on multiple more heat cycles through September and October on them.

Let’s look at some other data! 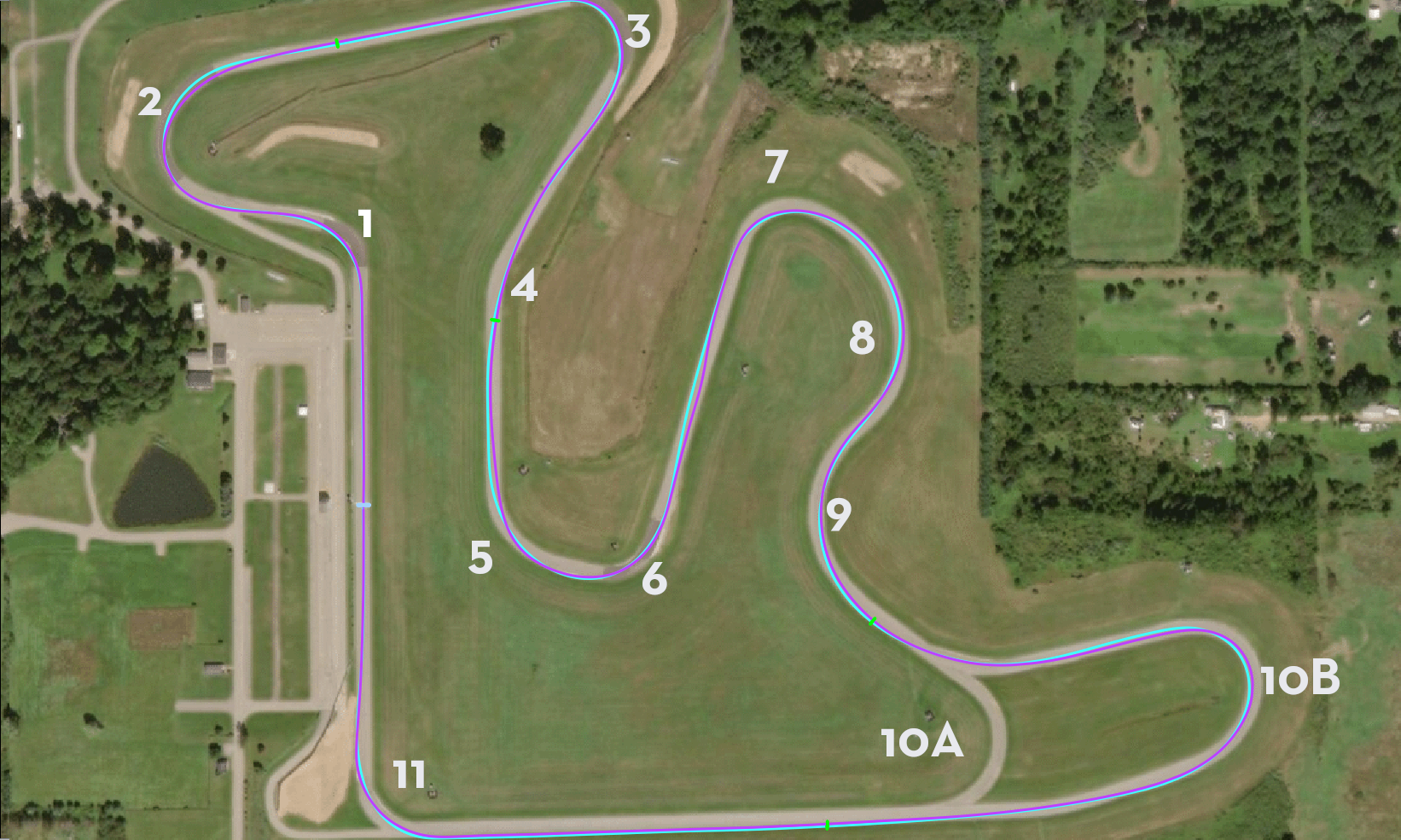 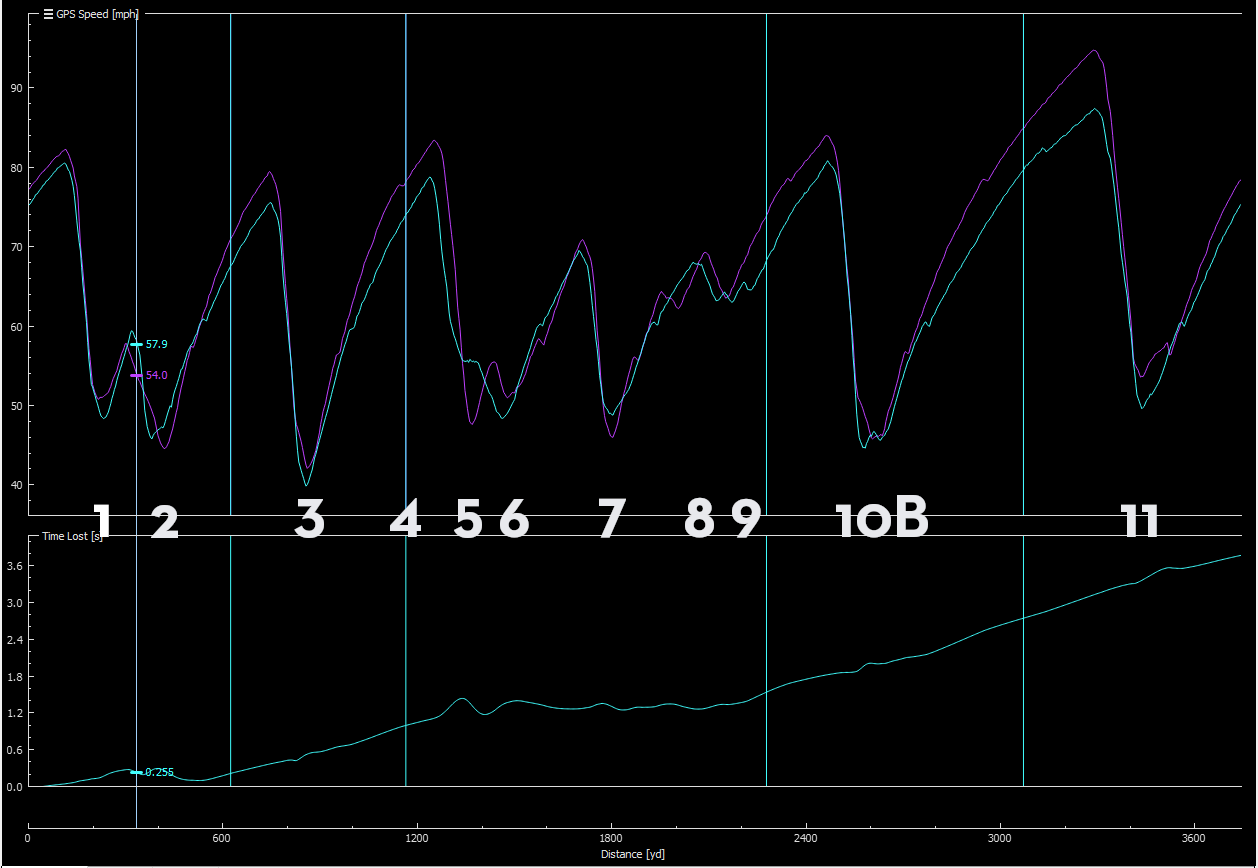 All sessions were done on Hoosier SM7’s (40TW).

Aside from 5/6, my lines were virtually identical.

Actually, in 1 and 2, I did better with the 1.6 - but there ain’t no match for “raw horsepower” - and the 20 to 30 horses of a fresh, tuned, cold 1.8L versus a 1.6L on the verge of grenading itself definately shows in the acceleration graphs on every major straight.

One more comparison, just for funsies. 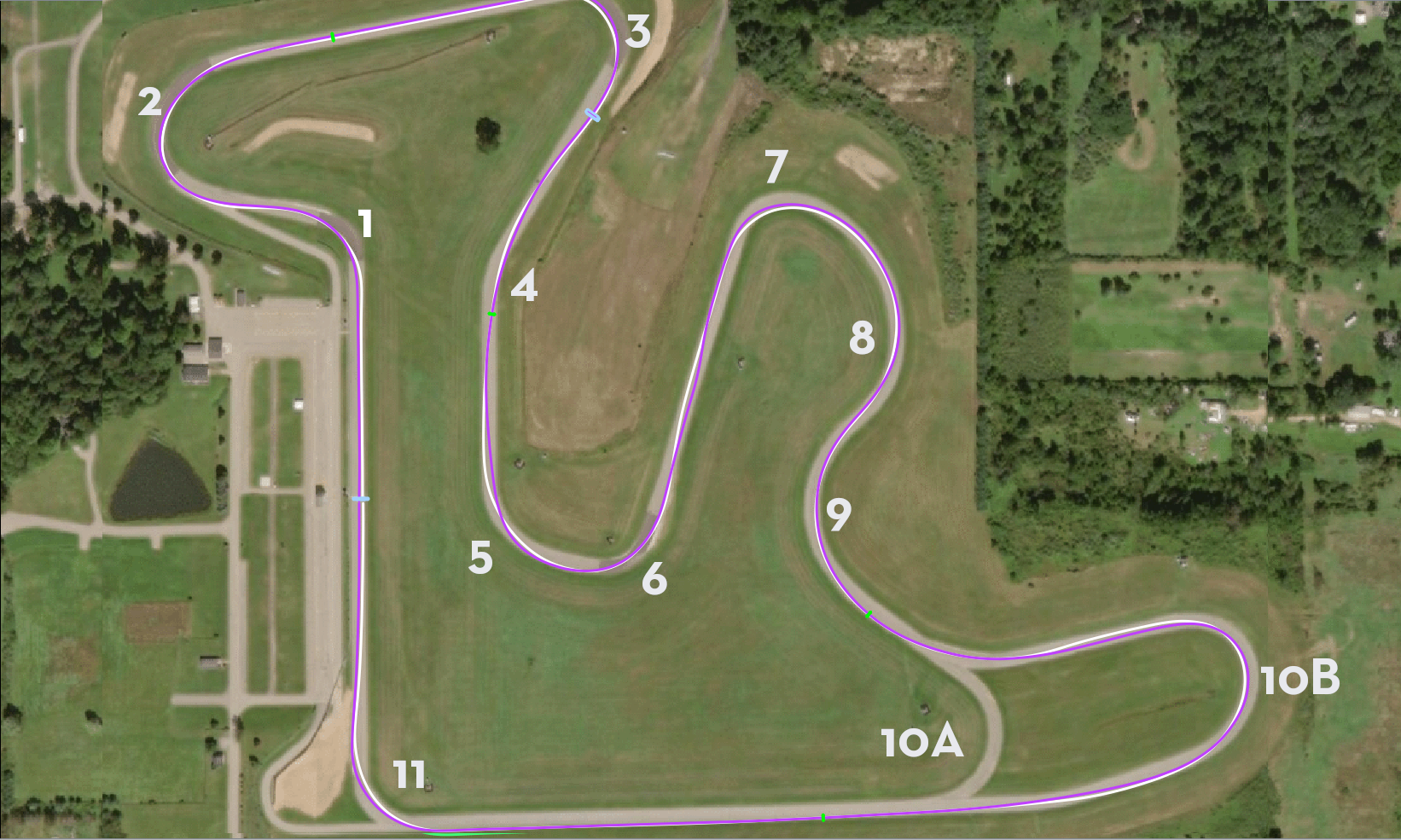 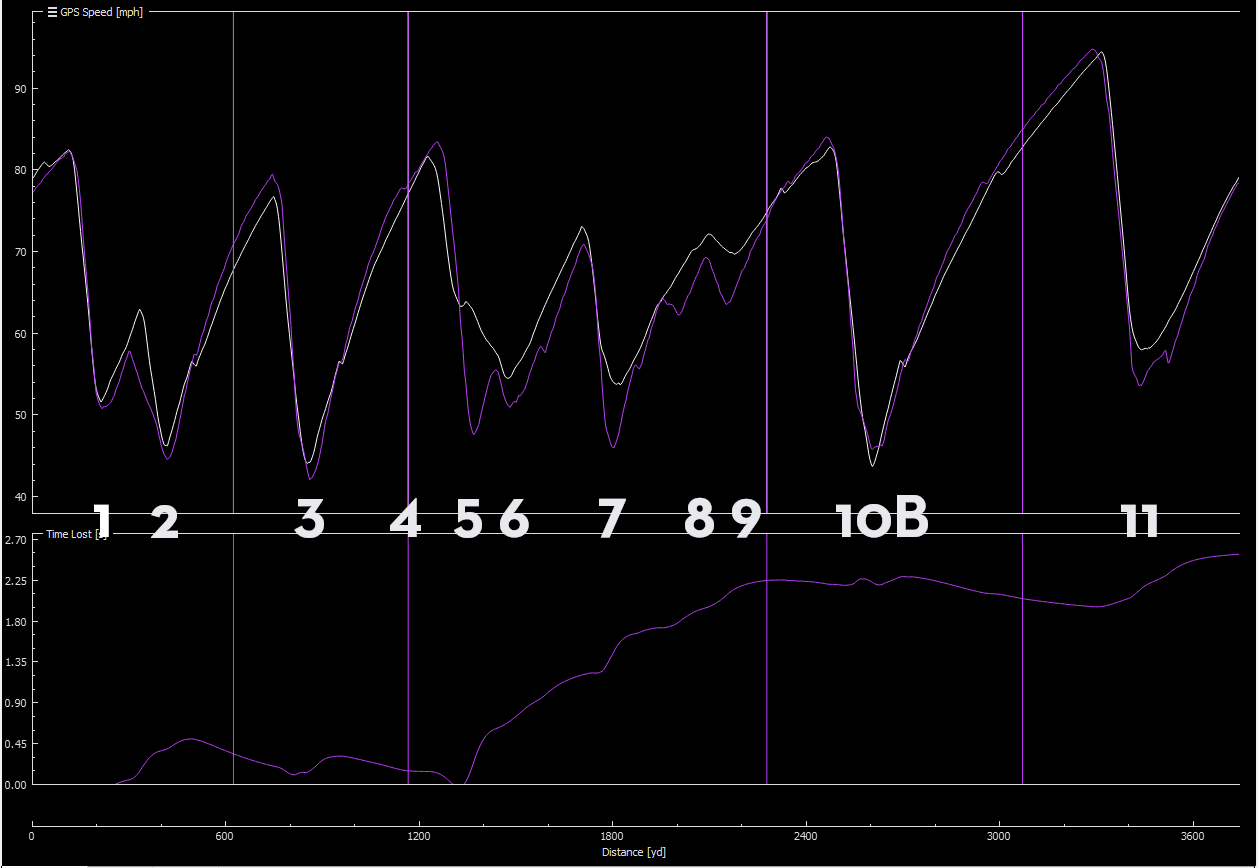 Again, super similar lines except for 5/6. I was experimenting a little all day there, AND my tires had nowhere near as much grip as they did, say, 20 heat cycles earlier…

And for two cars with identical engines, in the straights, I tend to have more speed. Again, it was cold and that’s a factor.

If I had both the grip, and the raw courage, to really nail that, I’d make up that 3 second gap…