As previously mentioned, the Miata engine died a loud, angry death on the track, at around turn 9 of Gingerman Raceway.

I had no idea how bad this actually was until I started a full tear-down. The initial hope was just spinning a rod bearing - would explain all my symptoms but long term wouldn’t be that hard or expensive. 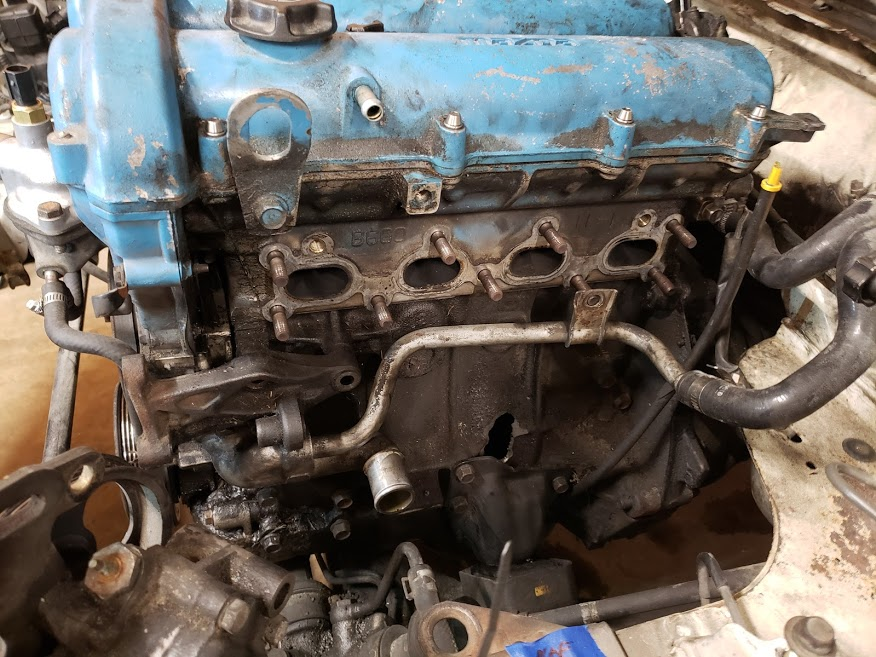 When the big main block has a hole (actually, I had three!!!), it’s done. No coming back, that’s just heavy scrap. 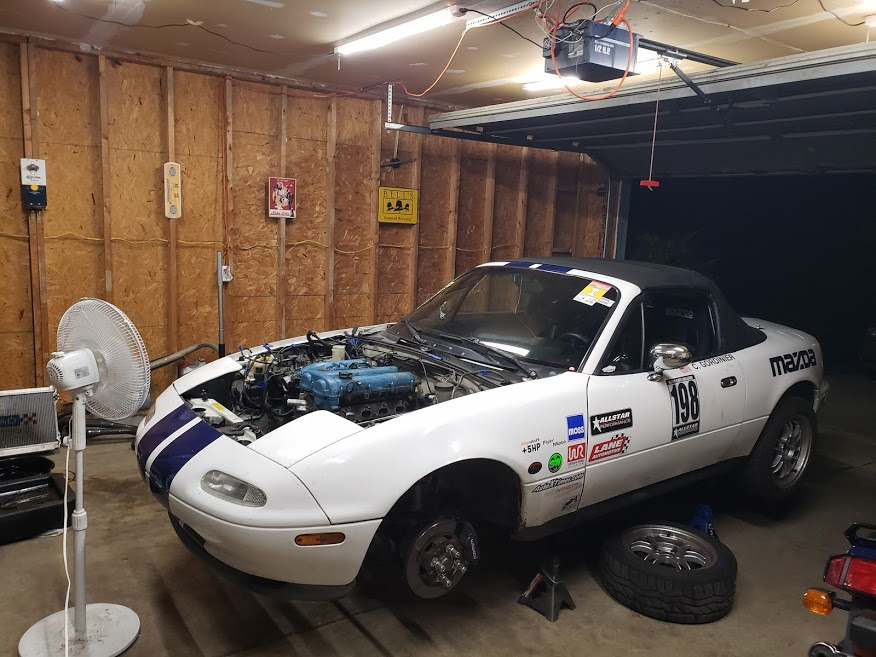 So now begins an even deeper teardown of pulling things out, labeling, stashing bolts in an orderly fashion, and planning for what’s next…

Full labeling of EVERYTHING: 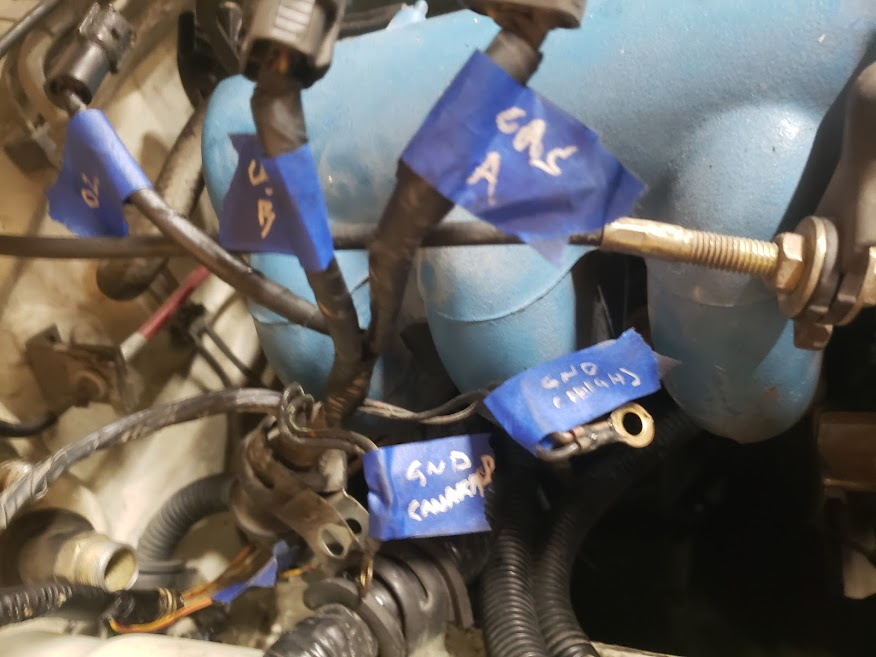 Luckily, I had recently done something very stupid to my wiring harness (lit it on fire…don’t ask), and as such was intimately familiar with it and how it works.

So, as previously mentioned: out with the old, and now for full Flintstone horsepower! 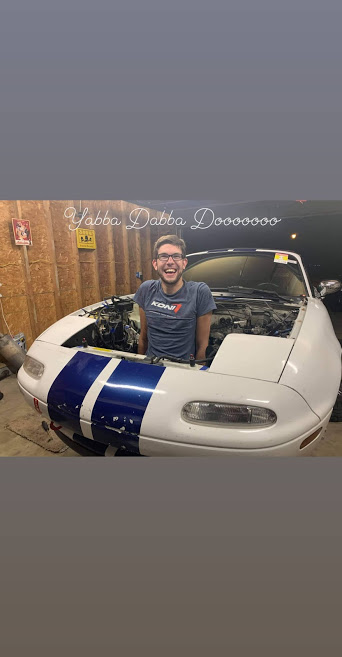 Little ahead of myself, but the result of pulling the old engine out, and getting a new one prepped: 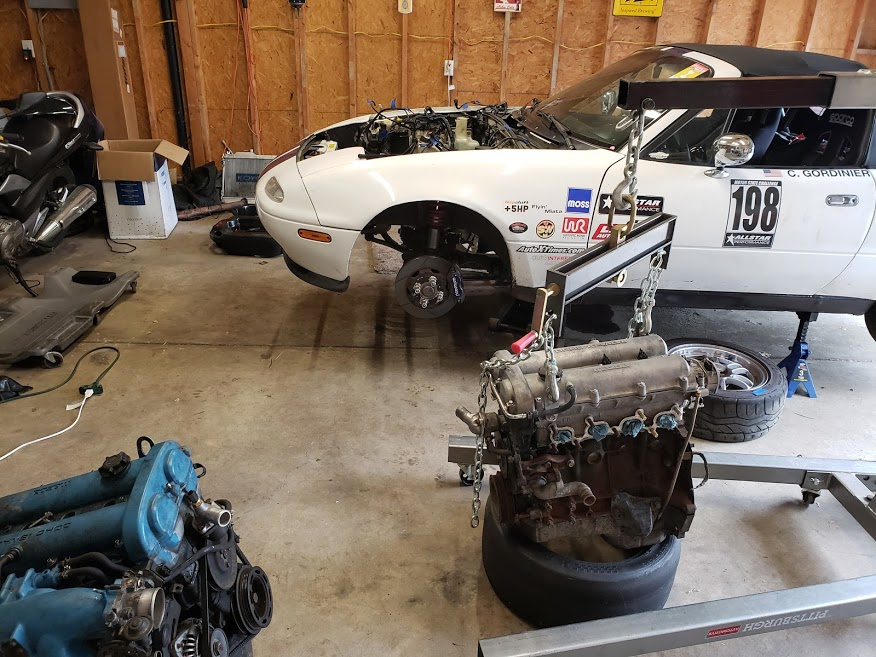