A friend of a friend gave me an offer I couldn’t refuse on a used engine, in the interest of “getting me up and running again as soon as possible”

It’s actually not quite the same engine, and that’ll come into play. But it is A engine, and he was even kind enough to suggest that if by some twist of fate it doesn’t run, he’d buy it back. Low risk, high reward is rare within the racing hobby…

Before it could be dropped in, I actually had to pull a handful of the parts off the back of the old one (flywheel, clutch, pressure plate, all related bolts, throwout bearing, pilot bearing), and install a fresh rear main seal so that there was no risk of ever leaking oil out again from the rear (old engines with old seals are known for this).

But after the aforementioned prep, and some special 1.8L (94-97 Miata) engine to 1.6L (90-93 Miata) body adaptation, and a whole bunch of swearing and fiddling, I was able to use an engine hoist to finally drop and mate the new engine to my old transmission and the car body itself, and bolt everything down. 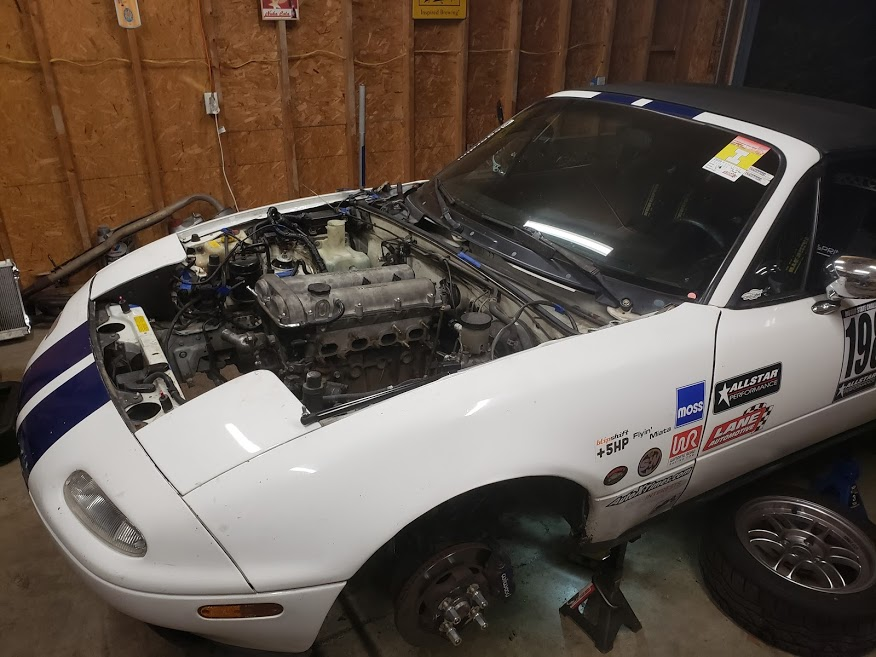 Not a lot of pictures here. It’s all-or-nothing at this stage.

Next: BITS AND BOLTS