The rearmost side has been mated to the transmission (and some other assorted BS I’ve skipped over mentioning, but it was done). The bottom side is sealed (oil pan). The top side, we’ll talk about later. That just leaves front, left, and right.

Right is actually really easy - just a single coolant line, and the entire exhaust, and then airbox plastic-related BS. Done it it about a million times because racecar life, no big deal.

LEFT. Left is everything,. and it sucks. All the electronics wiring (which we carefully labeled in week 1), all the sensors, oil filter, and FUEL, ALL THE FUEL STUFF, and all the metal-related intake stuff. Big, unwieldy chunks of fun.

Which is slightly different for 1.8L versus 1.6L – I actually came across the adapter kit a famous aftermarket Miata group produces, for hella-cheap, on Facebook from some rando, and gladly shelled out the (about $100 less) cash to make it all happen. 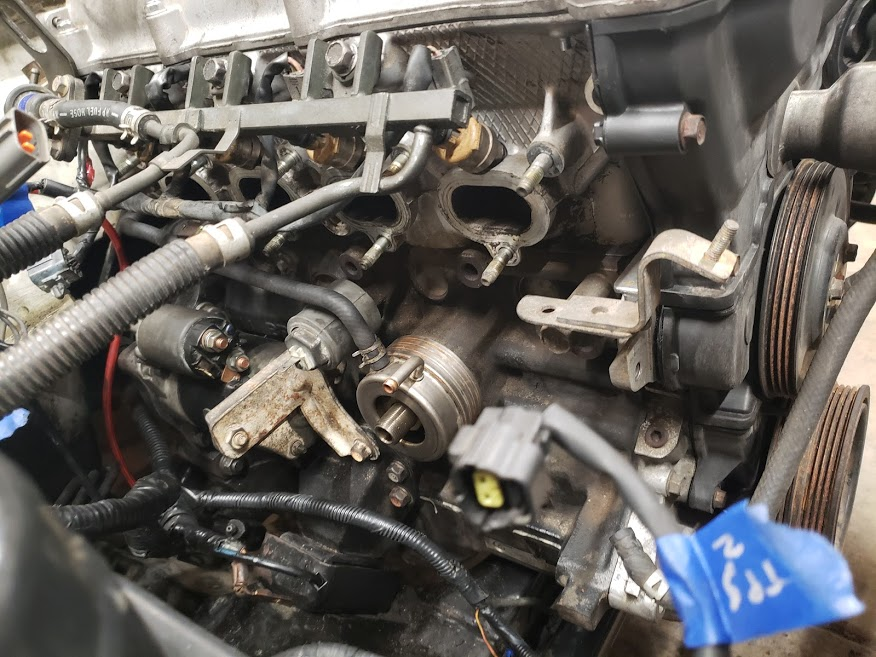 Installing the big metal intake was the most work and it sucked, no lies here. After breaking a TON of bolts in my amateur mechanic days, I’m a believer in the power of the torque wrench and listening when it says “don’t turn the bolt any more!!!”.

But that requires actually FITTING a torque wrench. SUCKS.

Anyway, end result was it all worked. 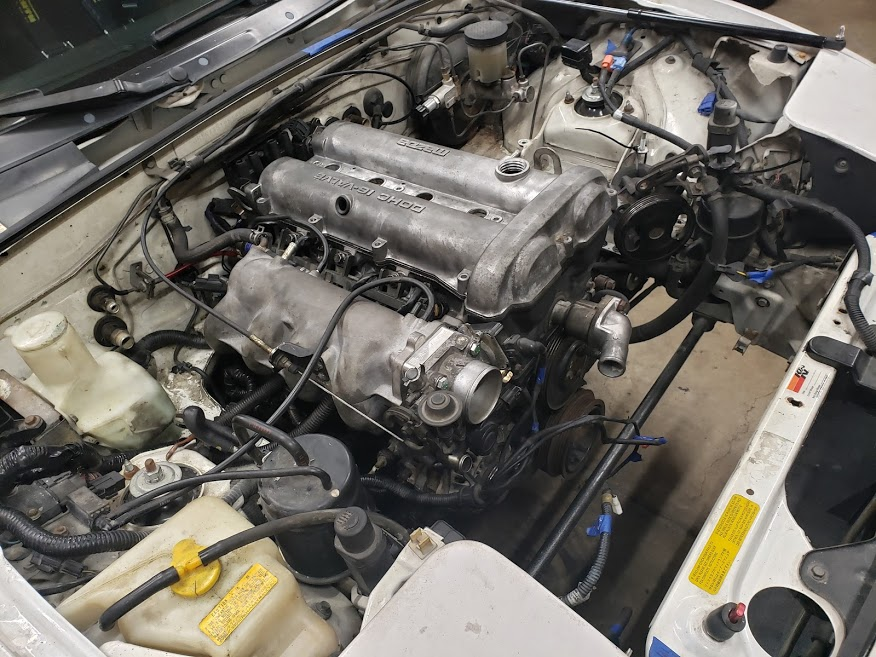