If you had asked me late July if I was running again this year, you would have heard a resounding “hell no”.

But the rebuild went well, I put about 1,500 miles on the new engine with minimal issue, so I figured…why not.

It was beautiful. I took the dog with me, a bunch of friends (and my father) came with, we had a random flyover of T-6 Texan trainers from WWII…no rain, great weather, no spins, a minimal amount of broken parts (with trackside repairs!)…couldn’t have asked for better.

Now, for data analysis with a 1.8! - both my last running of the 1.6 and this trip, I ran takeoff Hoosiers. We’ll compare therein. 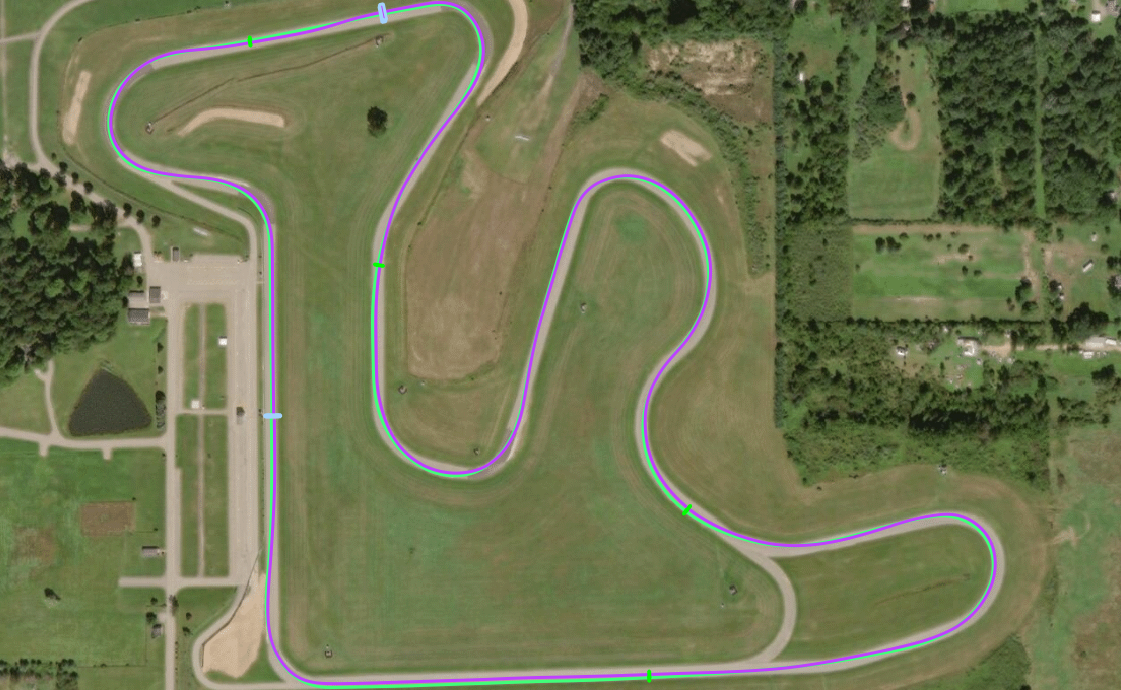 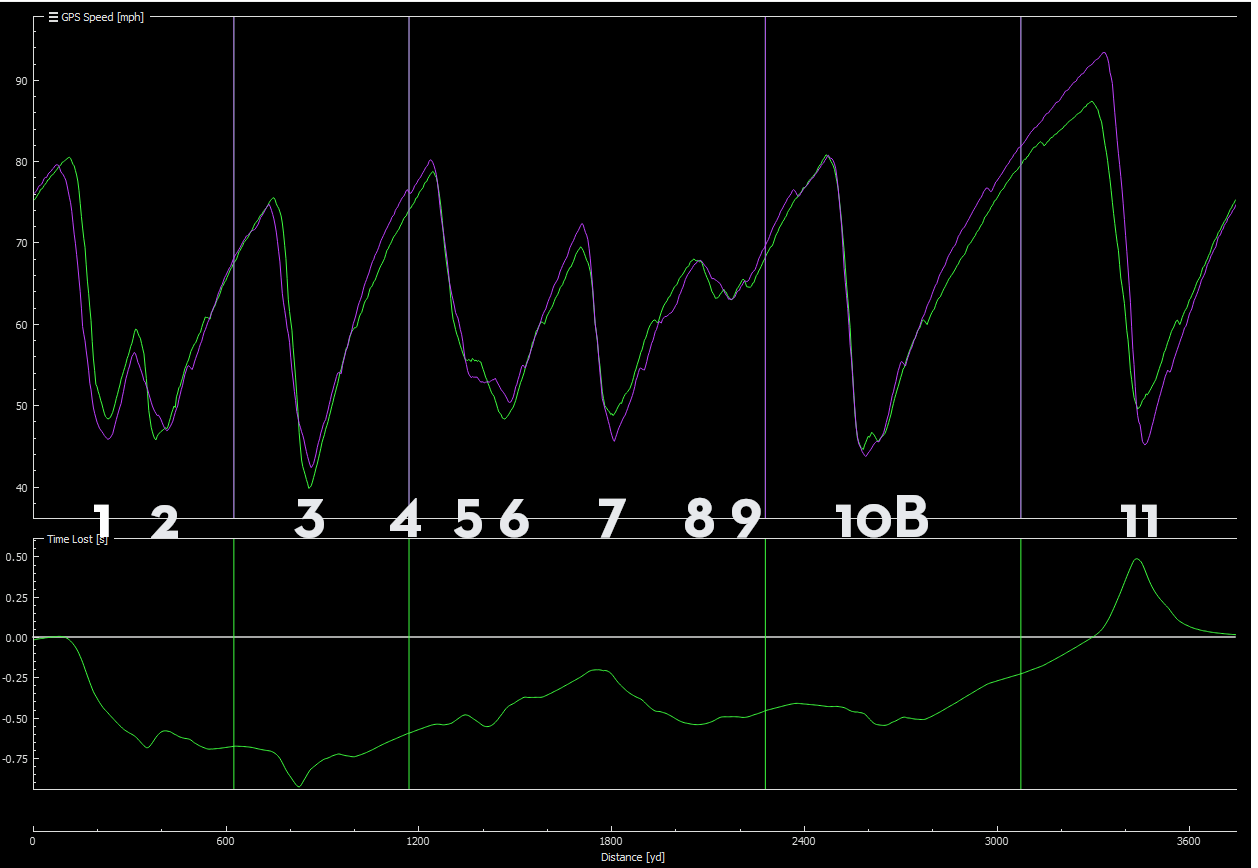 Lines are damn close - you see where I swerve off-line with the 1.8, because point-bys were only allowed on driver’s side this time around. Also…setting a fast lap while giving a point by is an interesting concept - usually you scrub that lap because you have to lift. There’s a couple of small differences, but overall…same stuff, different day.

I was absolutely heartbroken that, with a ~30 HP gain and still running slicks (and with track conditions actually being better than during MSC), I still couldn’t break < 2:00.

So let’s do a quick, in-depth look, best-lap-to-best-lap, why.

The labels are pretty much all you need to know.

Braking too hard, or too early, resulted in some pretty significant losses of speed (compared to the 1.6). The sheer HP difference of the 1.8, in combination with the occasional better braking (either less hard/deep, or successfully braking a little later) re-closed that gap.

Any such mistake was pretty consistently punished by a slower top speed in the next section. See just after 1, just into 3, or how (in the time-lost graph above), from 8 to 10 I had pretty much flat-lined on time changes.

Turns 7-10 really weren’t any different between engines/runs - that’s a testament more to handling setup and driver consistency than anything else.

The usual gallery of videos and pictures - note that we lost session 3 to the ever-present angry GoPro gods. But. Bonus doggo pics!